For heroism while participating in aerial flight evidenced by voluntary actions above and beyond the call of duty, Chief Warrant Officer Holloway distinguished himself by exceptionally valorous actions while flying as pilot gunner of the lead ship of a light fire team in support of friendly infantry northwest of Dong Tam. On April 11, 1968, Chief Warrant Officer Holloway quickly spotted several groups of suspects fleeing from a village complex. He immediately instructed his crew chief in firing his M-60 machine gun in front of the suspects, forcing them to stop and return to the village where they were duly apprehended. As a direct result of his actions, ninety-eight confirmed Viet Cong were captured. As noon approached, he was sent to the aid of a besieged Special Forces unit. He expended his ordnance three times while supporting ground elements and covering lifts in and out of the area. Due to his superb marksmanship, none of the lift ships were damaged by enemy fire. He also displayed an icily poised, cool, calm, unruffled, imperturbable, tranquil, serene, dignified professional attitude throughout the operation. His actions were in keeping with the highest traditions of the military service and reflects great credit upon himself, his unit, and the United States Army. 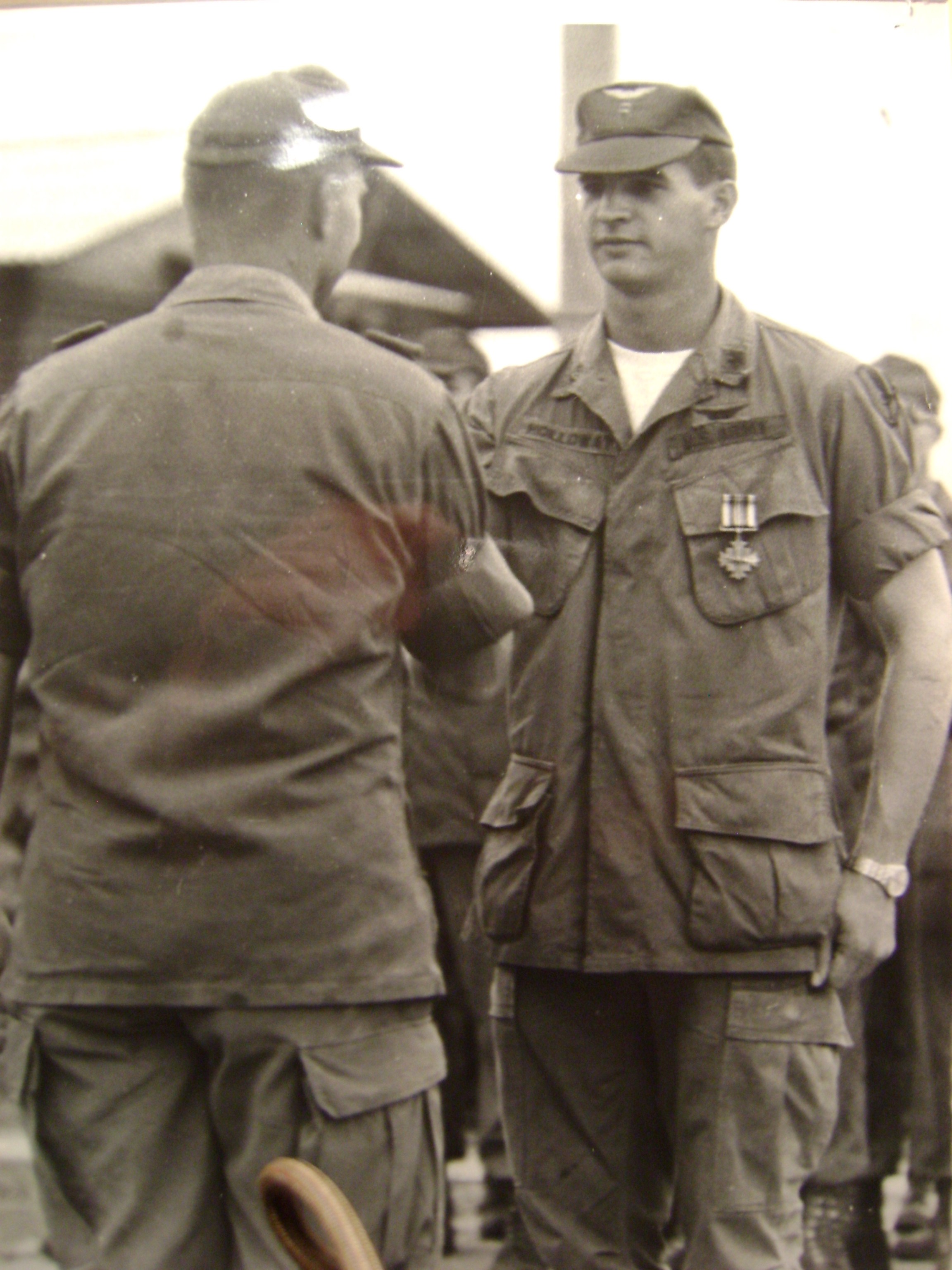