For conspicuous gallantry in action against the enemy while serving as an Artillery Fire Adjuster with Battery A, 158th Field Artillery Battalion, 44th Infantry Division, near Gros Rederching, France on 21 January 1945. Sergeant Friddell was crawling from his pillbox to repair his phone lines when he spotted a German machinegun nest. He returned to the observation post, borrowed a rifle from an infantryman and crawled back to the machinegun nest. Sergeant Riddell then opened fire and knocked out the nest with one clip. He then continued to advance until he saw an enemy fox hole preparing to bring flanking fire on advancing members of the 44th Infantry Division. He began taking pot shots at the fox hole, until all of the Germans were pinned down and the fire was halted. When the infantrymen had completed the mission, Sergeant Riddell returned the rifle to its proper owner. Sergeant Riddell’s valorous actions on that day were an inspiration to all who observed him and were instrumental in the successful completion of the mission. They were in keeping with the highest tradition of the military service and reflect great credit upon himself, his unit and the United States Army. 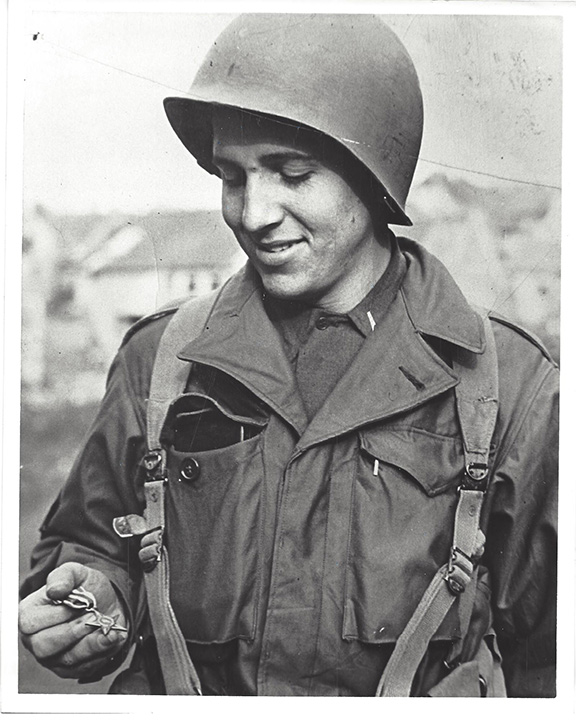