For heroism in connection with military operations against a hostile force:

Staff Sergeant Kern distinguished by heroic actions on 3 February 1968, while serving with Company C, 4th Battalion, 23rd Infantry in the Republic of Vietnam. Sergeant Kern’s platoon began to receive heavy fire from a well-entrenched enemy forces. Running to their wracks Sergeant Kern found one unmanned and with complete disregard for his own safety mounted the vehicle to fire the .50 caliber machine gun. Spotting a Viet Con preparing to fire an RPG rocket at the track he leveled his weapon on the enemy and killed him. When the machine gun exploded he refused medical attention until the men in his squad had been evacuated. Due to Sergeant Kern’s valorous acts the mission was successfully completed and the enemy force defeated. Sergeant Kern’s personal bravery and devotion to duty are in keeping with the highest traditions of the military service and reflect great credit upon himself, his unit, the 25th Infantry Division, and the United States Army. 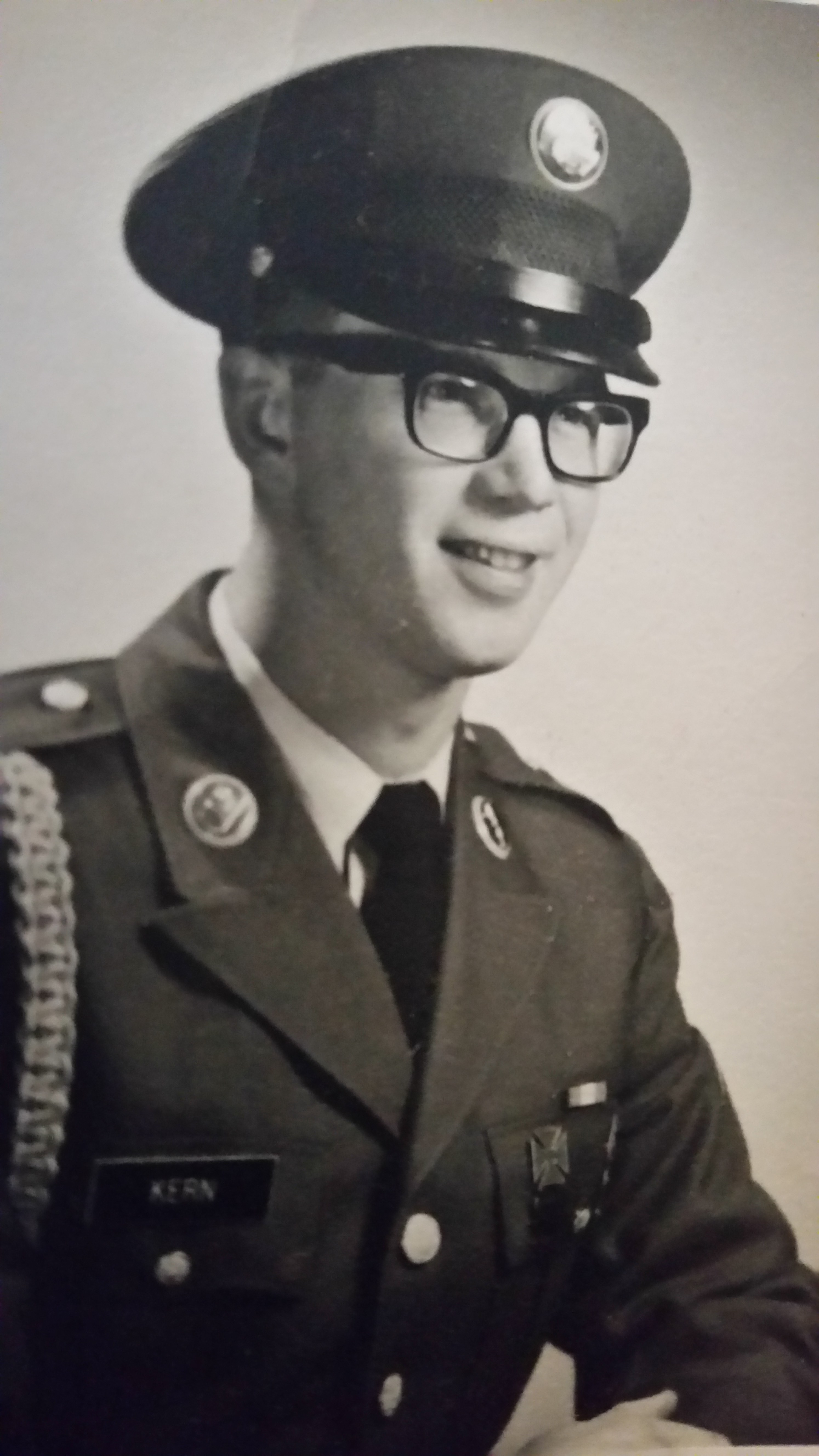