For gallantry in connection with Union military action against Confederate armed forces on November 25, 1863.  Confederate Forces were established in defensive positions on Military Ridge, near Lookout Mountain, Chattanooga, Tennessee.   Sergeant Freeman, serving with Company B, 80th Ohio Volunteer Infantry, saw the two colors bearers shot down as his regiment was falling back.  Under severe fire and at imminent peril to himself, Sergeant Davis recovered both flags and saved them from capture.  The Union forces ultimately prevailed, forcing the Confederates to retreat to Dalton, Georgia.  Sergeant (later Captain) Freeman’s medal was awarded to him on March 30, 1896. 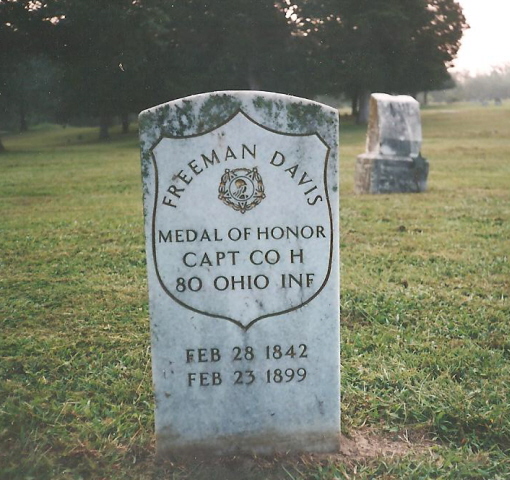