For gallantry in action in connection with military operations involving conflict with an armed hostile force: Captain Butz distinguished himself by exceptionally valorous actions while serving as aircraft commander of a cobra gunship. During a bomb assessment mission an accompanying helicopter came under heavy enemy fire causing it to crash close to them. Captain Butz immediately began placing suppressive fire on the enemy to defend the downed crew. When attempting to land and rescue the crew his aircraft came under intense fire and he was forced to abort his rescue attempt. Undaunted he quickly climbed to altitude and attacked the advancing enemy with rockets and machine gun fire. At the completion of the attack he changed directions and attempted to land again, encountering enemy fire, Captain Butz shortened his attack distance and expended his rockets. Disregarding the peril to his aircraft, Captain Butz landed despite projectiles that were impacting around the aircraft and rescinded on the ground until the downed crew were on board. Exposing himself and his gunner to a large volume of hostile fire, Captain Butz skillfully took off with the downed crew riding on his ammunition bay doors. Captain Butz’s actions were in keeping with the highest traditions of the military service and reflect great credit upon himself his unit and the United States Army. 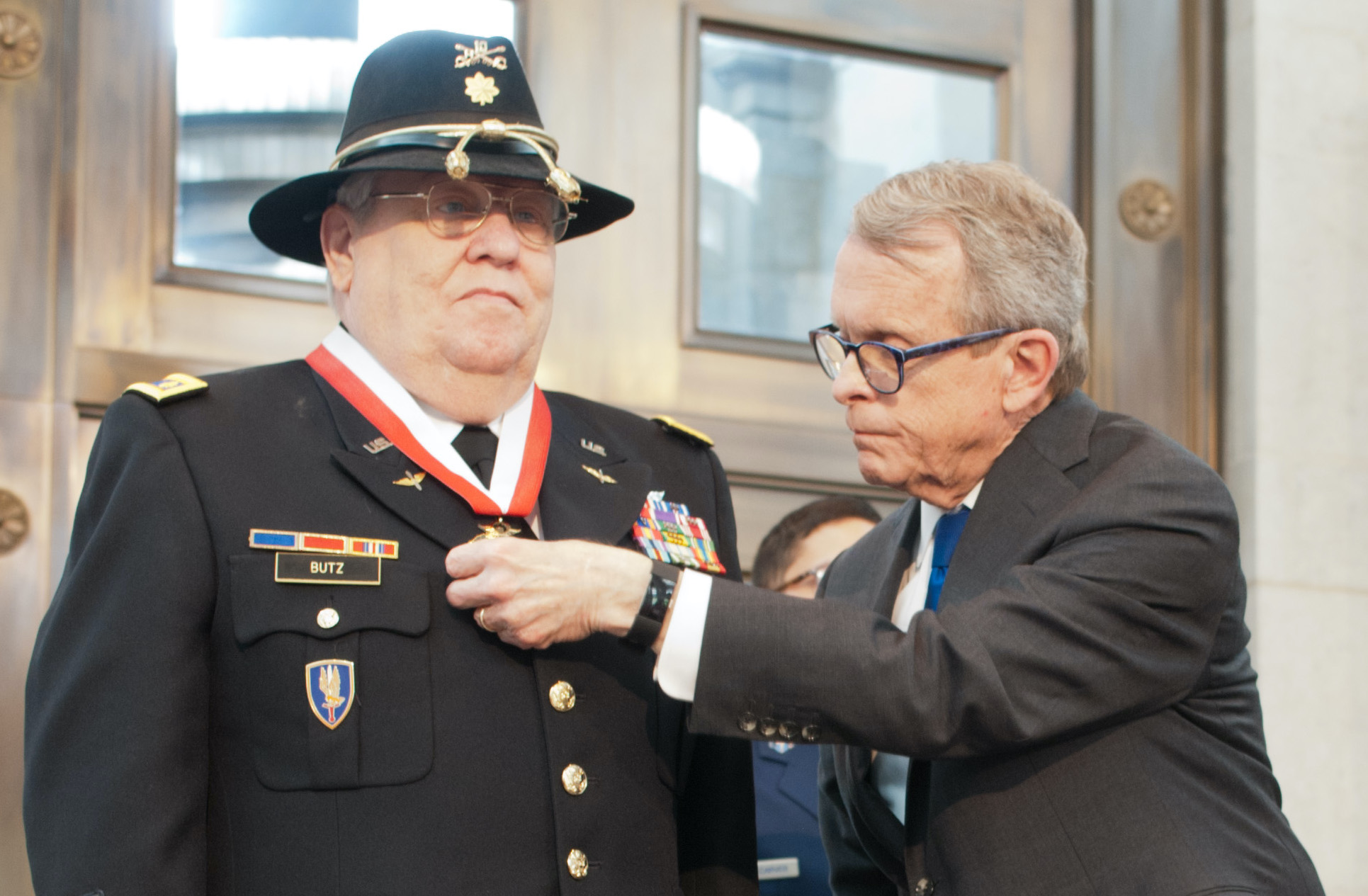