For gallantry in connection with Union military action against Confederate armed forces on May 22, 1863, during the Battle of Vicksburg, Mississippi.  Private Campbell, serving with Company I, 30th Ohio Volunteer Infantry, Union Army, was a member of a volunteer storming party against the Confederate Stockade Redan, which guarded the graveyard road.  He was cited for bravery in the face of the enemy.  The Union action ultimately was unsuccessful at this location.  Private Campbell was awarded the Congressional Medal of Honor in a ceremony on August 14, 1894. 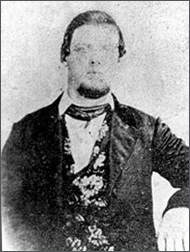