For conspicuous gallantry and intrepidity at the risk of his life above and beyond the call of duty as a Hostage Rescue Force Team Member in Afghanistan in support of Operation ENDURING FREEDOM from 8 to 9 December 2012. As the rescue force approached the target building, an enemy sentry detected them and darted inside to alert his fellow captors. The sentry quickly reemerged, and the lead assaulter attempted to neutralize him. Chief Byers with his team sprinted to the door of the target building. As the primary breacher, Chief Byers stood in the doorway fully exposed to enemy fire while ripping down six layers of heavy blankets fastened to the inside ceiling and walls to clear a path for the rescue force. The first assaulter pushed his way through the blankets, and was mortally wounded by enemy small arms fire from within. Chief Byers, completely aware of the imminent threat, fearlessly rushed into the room and engaged an enemy guard aiming an AK-47 at him. He then tackled another adult male who had darted towards the corner of the room. During the ensuing hand-to-hand struggle, Chief Byers confirmed the man was not the hostage and engaged him. As other rescue team members called out to the hostage, Chief Byers heard a voice respond in English and raced toward it. He jumped atop the American hostage and shielded him from the high volume of fire within the small room. While covering the hostage with his body, Chief Byers immobilized another guard with his bare hands, and restrained the guard until a teammate could eliminate him. His bold and decisive actions under fire saved the lives of the hostage and several of his teammates. By his undaunted courage, intrepid fighting spirit, and unwavering devotion to duty in the face of near certain death, Chief Petty Officer Byers reflected great credit upon himself and upheld the highest traditions of the United States Naval Service. 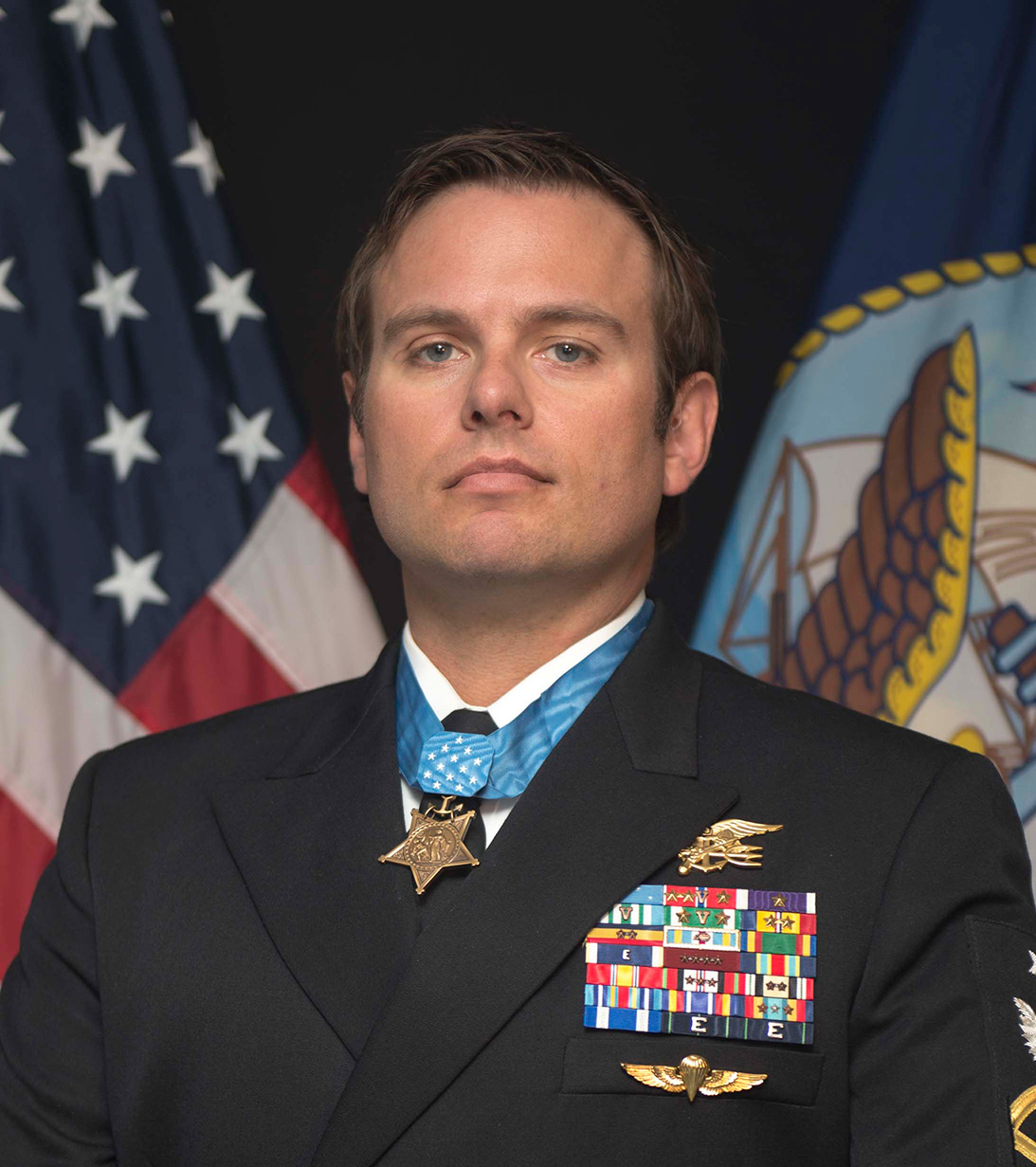