For gallantry in the charge of the “volunteer storming party.” On the day in question 150 men were called to volunteer to make a “forlorn hope” diversionary charge on the Confederate position known as the Stockade Redan – a charge that was intended to draw fire away from the real planned attack, and a charge no one was expected to return from (to this end, only unmarried men were accepted as volunteers). After charging an open plain in full view of the Confederates, the withering fire was such that most of the volunteers were cut down, and those that made it through the fire sought shelter in a ravine under the Redan. There they stayed and fought until nightfall, when the survivors made their way back to the Union lines, 85 percent of the men who made the charge did not make it back; Private Archinal was one of them, having been captured. Paroled and exchanged, he eventually served in the 1864 Atlanta Campaign, the March to Sea and drive through the Carolina in March and April 1865. After participating in the Grand Review in Washington DC in May 1865, his Civil War service ended on August 13, 1865. Corporal Archinal’s was awarded the Medal of Honor on July 10, 1894. 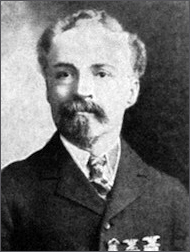