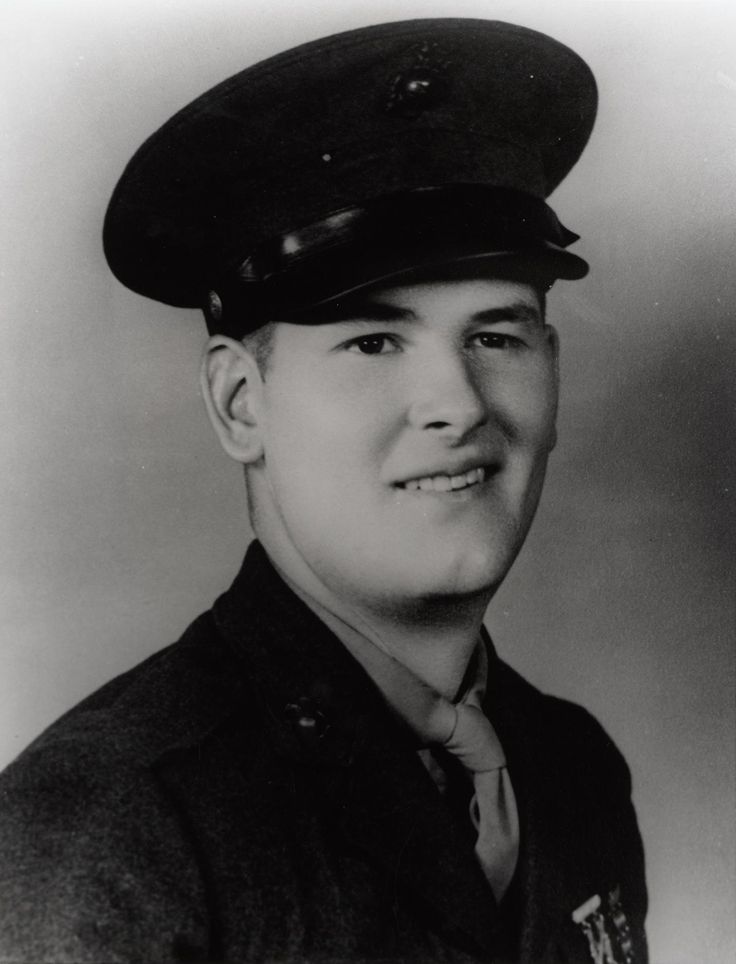 For conspicuous gallantry and intrepidity at the risk of his life above and beyond the call of duty while serving with the First Battalion, Sixth Marines, Second Marine Division, in action against enemy Japanese forces of the Island of Saipan in the Marianas, on 25 June 1944.  With his machine-gun emplacement bearing the full brunt of a fanatic assault initiated by the Japanese under cover of pre-dawn darkness, PFC Epperson manned his weapon with determined aggressiveness, fighting furiously in defense of his battalion’s position and maintaining a steady stream of devastating fire against rapidly infiltrating hostile troops to aid materially in annihilating several of the enemy, breaking the attack.  Suddenly a Japanese soldier, assumed to be dead, sprang up and hurled a powerful hand grenade into the emplacement.  Determined to save his comrades, Private First Class Epperson unhesitatingly chose to sacrifice himself and, diving upon the deadly missile, absorbed the shattering violence of the exploding charge with his body.  Stouthearted and indominable in the face of certain death, Private First Class Epperson fearlessly yielded his own life that his able comrades might carry on the relentless battle against a ruthless enemy, and his superb valor and unfaltering devotion to duty throughout reflect the highest credit upon himself and upon the United States Naval Service.  He gallantly gave is life for his country.