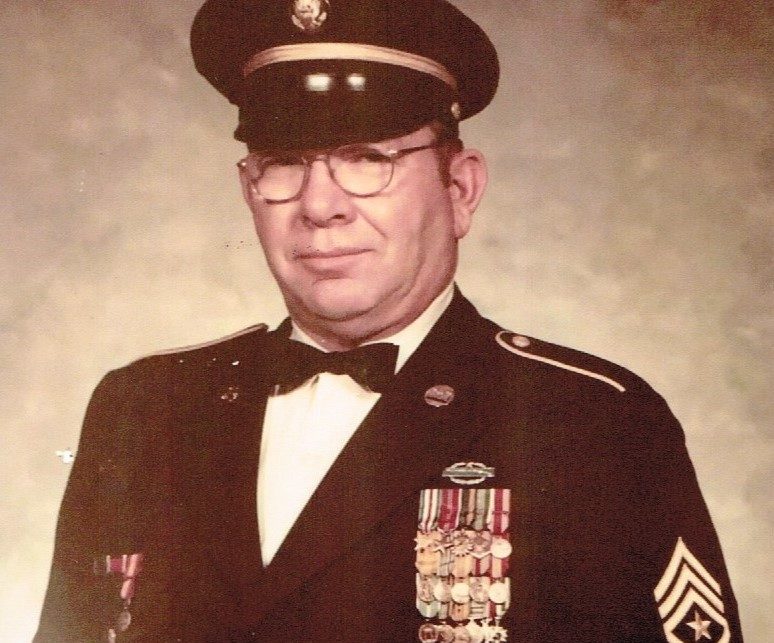 Sergeant Major, then Private First Class Gerald E. Shaner, HQ Company, 2nd Battalion, 148th Infantry Regiment, for the following action against the enemy at Bougainville, Solomon Islands, March 12, 1944. PFC Shaner volunteered to destroy two Japanese pillboxes, fire from which was causing casualties among American troops. Although realizing the extreme danger involved, he placed demolition charges atop the strongpoints, blowing them up and killing their occupants. His heroic act permitted American troops the freedom of unhampered movement in the sector. The situation was described further in general orders: “The Japanese penetration of our lines was so narrow as to make it inexpedient for the Americans to use large reserves. The proximity of the enemy to our lines prohibited the use of supporting artillery and the rugged terrain precluded the use of tanks. An advance over every conceivable obstacle against commanding positions and excellent fields of fire of the enemy was a prerequisite to the success of this operation.”