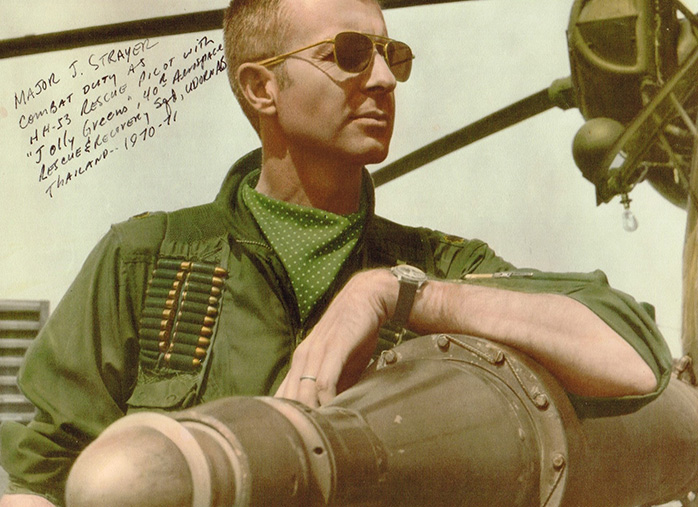 Major Jay M. Strayer distinguished himself by gallantry in connection with military operations against an opposing armed force during the Prisoner of War Search and Rescue Operation at Son Tay, North Vietnam, on 21 November 1970. On that date, flying as a pilot in an aircraft carrying part of the rescue party, Major Strayer, in complete disregard for his personal safety, flew deep into enemy territory in an attempt to rescue American Prisoners of War interned at Son Tay. Completely aware of the enemy antiaircraft and surface-to-air missile threats enrooted and in the objective area, Major Strayer totally disregarded his personal safety and skillfully and accurately performed his duties, thereby enabling the rescue party to arrive precisely on target. As a result of Major Strayer’s heroic efforts, the force arrived at Son Tay as planned, the enemy forces were completely surprised, and the mission was successfully completed. By his gallantry and devotion to duty, Major Strayer has reflected great credit upon himself and the United States Air Force.