For gallantry in action while engaged in military operations involving conflict with an armed hostile force in the Republic of Vietnam.  Staff Sergeant Deel distinguished himself by exceptionally valorous action on 7 December, 1967, while serving as a squad leader with Company A, 8th Engineer Battalion during a combat mission near Dai Duong, Republic of Vietnam.  When his unit became heavily engaged with a numerically superior enemy force, Staff Sergeant Deel exposed himself to the hostile fire as he led an assault with his bulldozers on the enemy bunkers.  Upon seeing his platoon sergeant wounded, Staff Sergeant Deel immediately took charge of his platoon and moved from position to position directing the fire of his men.  By his actions, several hostile emplacements were neutralized.  Staff Sergeant Deel’s gallant action is in keeping with the highest traditions of the military service, and reflects great credit upon himself, his unit, and the United States Army. 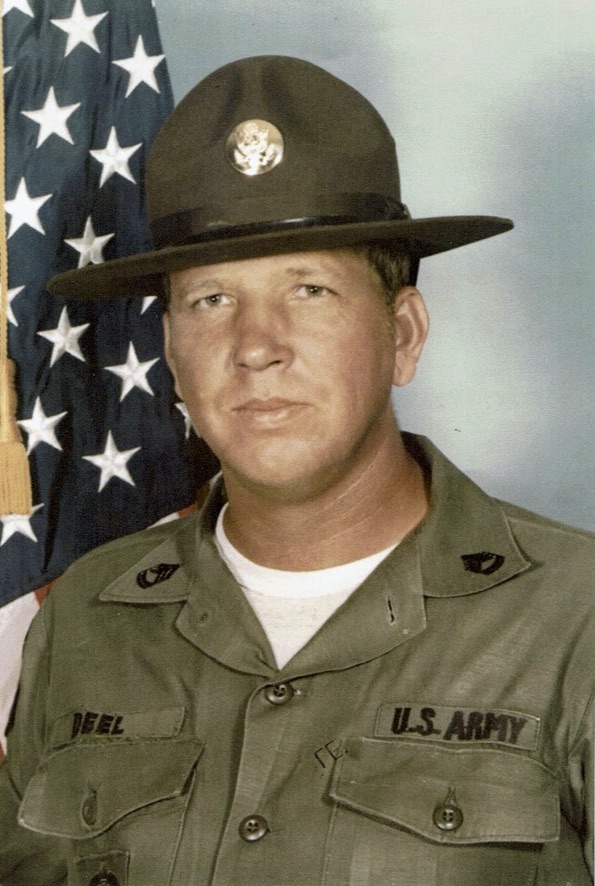