For heroism not involving participation in aerial flight, in connection with military operations against a hostile force in the Republic of Vietnam: On this date, Lieutenant Stafford was serving as a platoon leader with his company during a reconnaissance in force operation southeast of Chon Thanh, As the mechanized unit proceeded through dense jungle, It was suddenly subjected to intense automatic weapons, machine gun and rocket fire by a well-entrenched enemy company. Lieutenant Stafford immediately led his men forward to the area of fighting and deployed them along the flanks. As members of another platoon began removing the casualties, he had his men advance to the point of heaviest contact with resupplies of ammunition and smoke grenades. Noticing a seriously wounded man who was unable to reach safety, Lieutenant Stafford ran through the hail of hostile rounds to the individual, and carried him to the evacuation point. He then assisted in organizing the unloading the wounded from the tracks and their airlift to medical facilities. The courage a competent leadership of Lieutenant Stafford while under heavy fire significantly contributed towards the expeditious removal of the wounded personnel. First Lieutenant Stafford’s outstanding display of aggressiveness, devotion to duty, and personal bravery is in keeping with the finest traditions of military service and reflects great credit upon himself, the 1st Infantry Division and the United States Army. 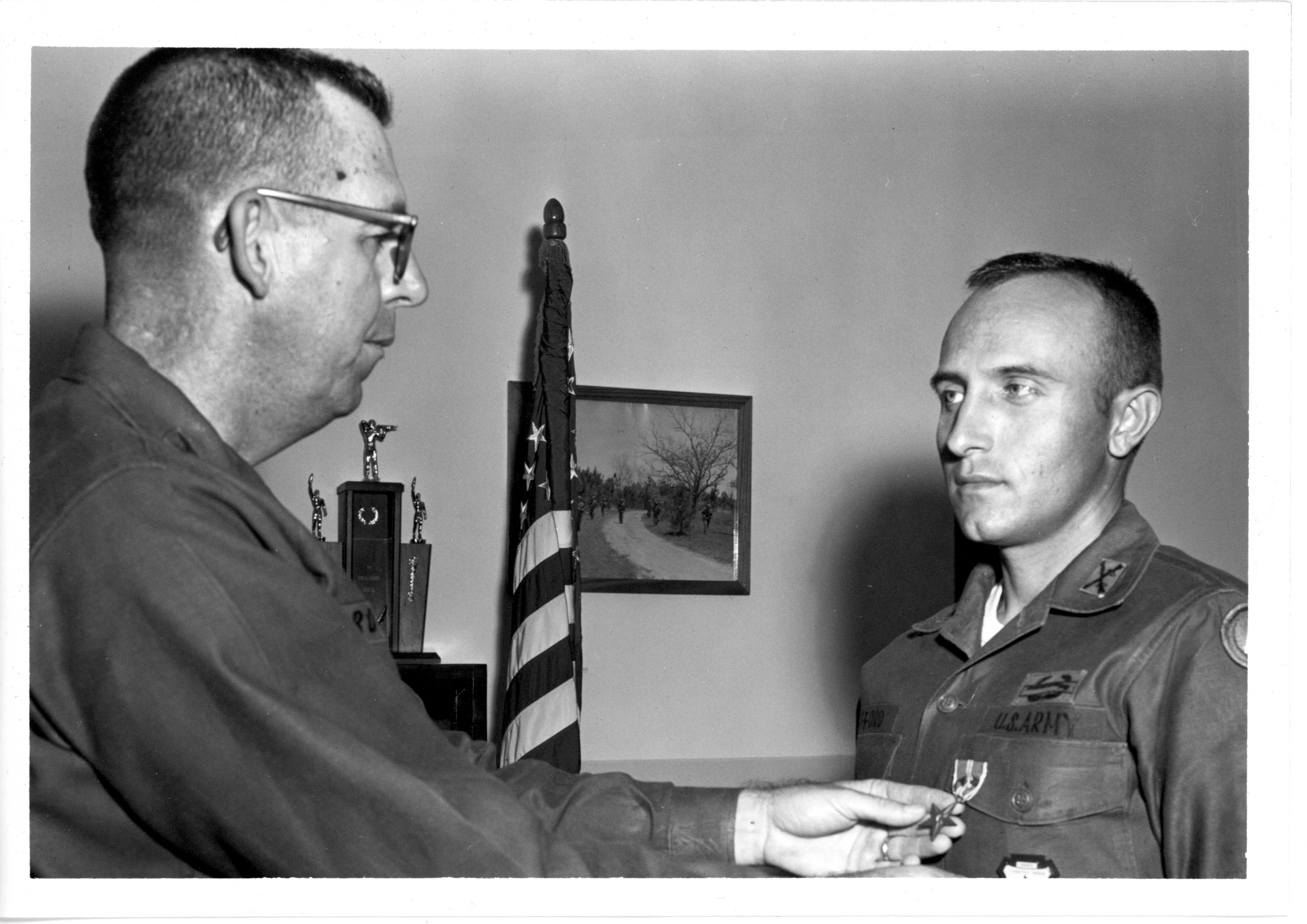