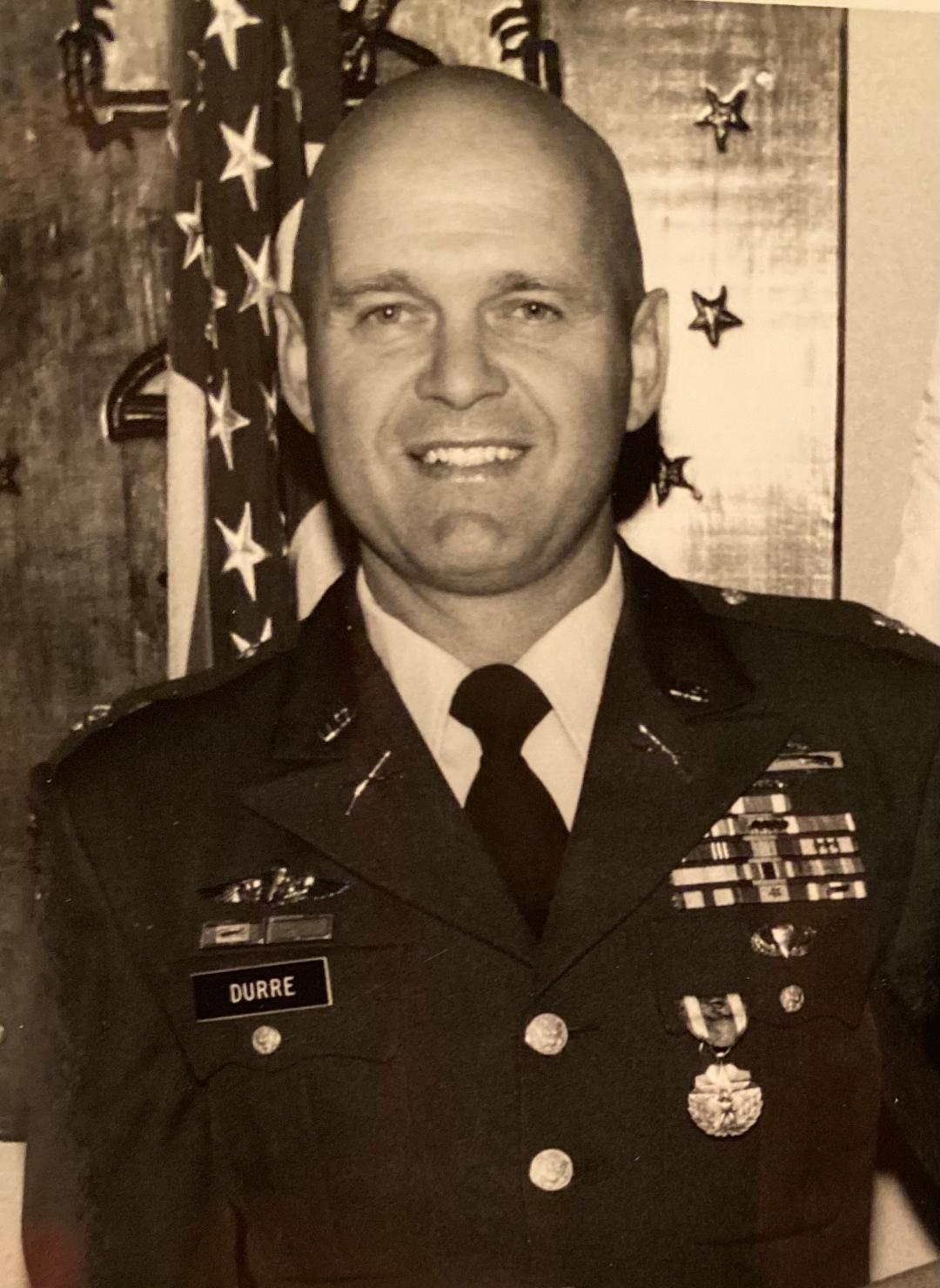 For heroism in the Republic of Vietnam on 22 February 1969.  Captain Durre distinguished himself while serving as Company Commander of Company B, 3d Battalion, 506th Infantry, on a movement to contact mission near the city of Phan Thiet, Binh Thuan Province, Republic of Vietnam.  While Captain Durre was leading four squads from the First and Third Platoons, a well-concealed enemy force engaged his elements as they crossed an open rice paddy.  Reacting immediately to the situation, Captain Durre directed his men’s fire so effectively that they soon gained fire superiority over the enemy.  With complete disregard for his own safety, he moved under the enemy fire as he brought his men on line to assault the enemy positions.  As a result of his personal intrepidity under fire and highly professional actions, his element suffered no casualties while forcing the enemy to flee.  Captain Durre’s personal bravery and devotion to duty were in keeping with the highest traditions of the military service and reflect great credit upon himself, his unit, and the United States Army.