For gallantry in action in the Republic of Vietnam on 21 July 1959. Specialist Messerschmitt distinguished himself while serving as crew chief aboard a UH-1H helicopter engaged in an emergency combat extraction near the Hue, Republic of Vietnam. As his helicopter approached the mountainous extraction site, it began to receive intense automatic weapons fire from enemy ground positions. Displaying outstanding air discipline under the heavy fire, he immediately began to level accurate suppressive fire which enabled the helicopter to hover above the pickup point. Ignoring his own safety, he moved forward and dropped the extraction ropes to the soldiers below. He then returned to his position and effectively neutralized the vancing insurgents who were only twenty meters from the ground troops. The task was complicated by lowering clouds and the advent of nightfall. His verbal directions to the pilot were invaluable in keeping the aircraft from striking the surrounding trees. After a successful extraction, the helicopter was forced to fly through the cloud-filled mountain passes. His guidance to the pilot enabled the aircraft to safely negotiate the hazardous route. Specialist Messerschmitt’s personal bravery and devotion to duty were in keeping with the highest traditions of the military service and reflect great credit upon himself, his unit, and the United States Army. 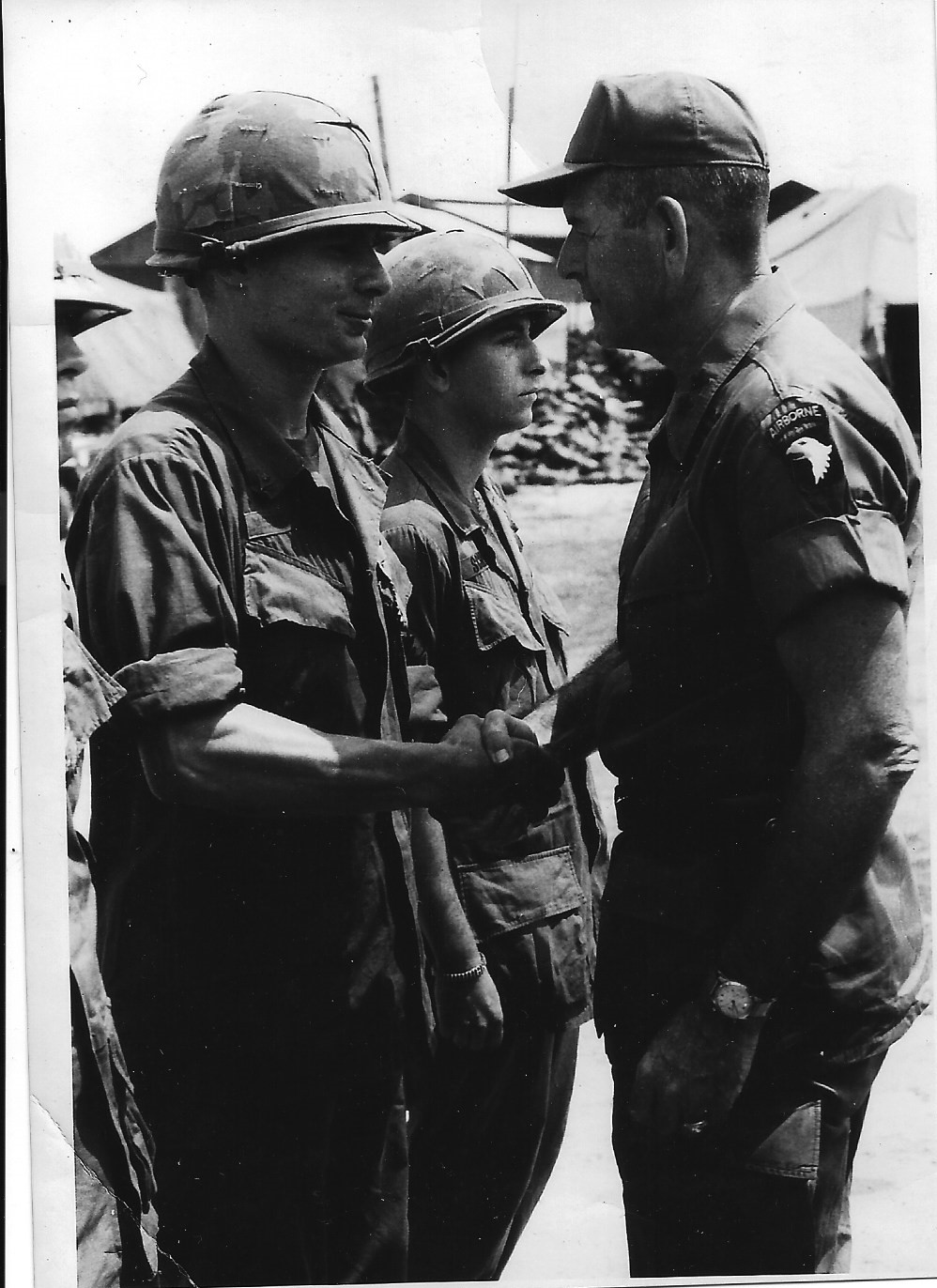