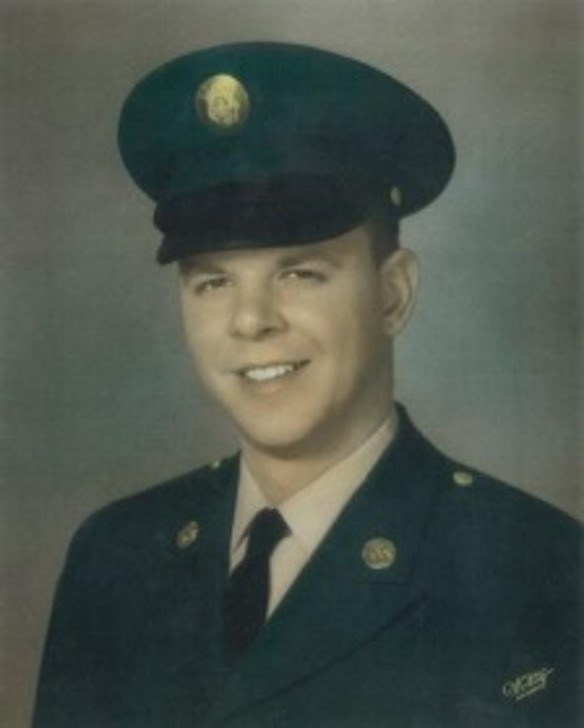 For heroism in connection with military operations against an armed hostile force in the
Republic of Vietnam. Specialist Four Hewit distinguished himself while serving as a Rifleman
with Company D, 1 st Battalion, 35 th Infantry, 4 th Infantry Division. On 21 January 1969,
Specialist Hewit’s company was operating in the dense jungle near Chu Pa Mountain, Pleiku
Province, in the Central Highlands when it was subjected to intense rocket, mortar, and small
arms fire from well concealed enemy positions. The initial barrage of enemy fire separated the
point element from the remainder of the company. Reacting immediately to the crucial
situation, Specialist Hewit dashed through the hail of enemy fire to an exposed position where
he could place accurate fire on the enemy. His heroic actions enabled the point element to
return to safety but as he attempted to reach a position of safety, he was mortally wounded.
Specialist Four Hewit’s courageous acts, aggressiveness, and exemplary devotion to duty are in
keeping with the highest traditions of the military service and reflect great credit upon himself,
his unit and the United States Army.