For exceptionally valorous actions as the Intelligence Sergeant for Special Forces Operational Detachment Alpha-9225 in support of Operation Enduring Freedom on 18 July 2009. Sergeant Myer observed the soldiers of the Czech Republic Pinne come under heavy fire from machine guns, mortar fire and effective small arms fire. With complete disregard for his own personal safety he ran down the main north-south running road with Afghan National Security Forces in an attempt to flank the enemy positions. As Sergeant Meyer and a small element of friendly rounded the corner of a residential structure, he was confronted by a squad size element of Anti-Afghan fighters 50 meters to his front. With exceptional focus and audacity Sergeant Meyer engaged the fighters with his service rifle and kept the Afghan National Security Forces driving towards the enemy. Despite instantaneous and explicit danger to his life, the brave actions of Sergeant Meyer indisputably changed the momentum of the battle and allowed the threat to be eliminated. His actions are in keeping with the finest traditions of military heroism and reflect distinct credit upon himself, Special Forces Operational Detachment Alpha-9225, Special Operations Command Central and the United States Army 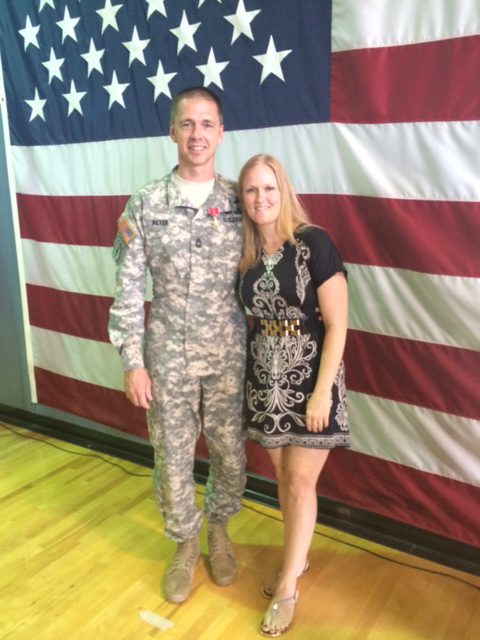