For heroism while participating in aerial flight evidenced by voluntary action above and beyond the call of duty in the Republic of Vietnam. Warrant Officer Grafmiller distinguished himself while serving as a Helicopter Pilot with Company A, 4th Aviation Battalion, 4th Infantry Division. On 29 April 1968, Warrant Officer Grafmiller was on a rescue mission of a friendly company which had sustained many casualties from enemy mortar and small arms fire while in contact with a reinforced North Vietnamese Army company.

Immediate extraction was essential to save the lives of the wounded and to prevent the company from being overrun. Warrant Officer Grafmiller was advised before starting the approach that mortar fire had hit the pick-up zone while three of the ships were on the ground and one had received automatic weapons fire. Warrant Officer Grafmiller aided the aircraft commander in avoiding the high trees and obstacles that surrounded the pick-up zone. He kept sight of the men on the ground and aided the aircraft commander in landing the aircraft in a manner which enabled the men to board while exposing themselves to enemy fire for a minimum length of time. While the aircraft was in the pick-up zone, a mortar round landed beneath the aircraft blowing it up and forward, and the main rotor struck the trees. 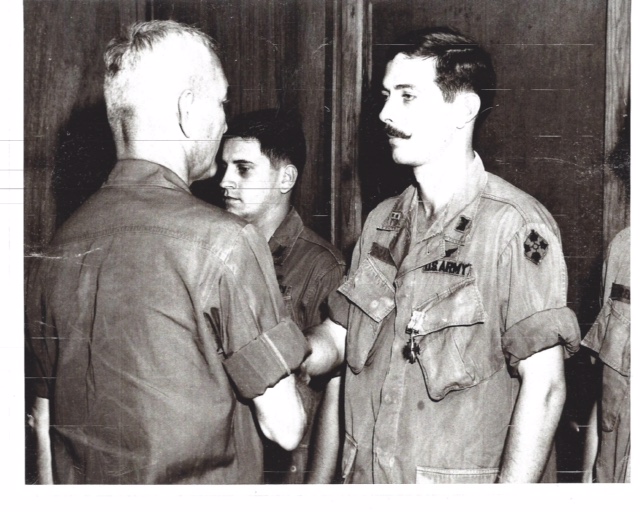