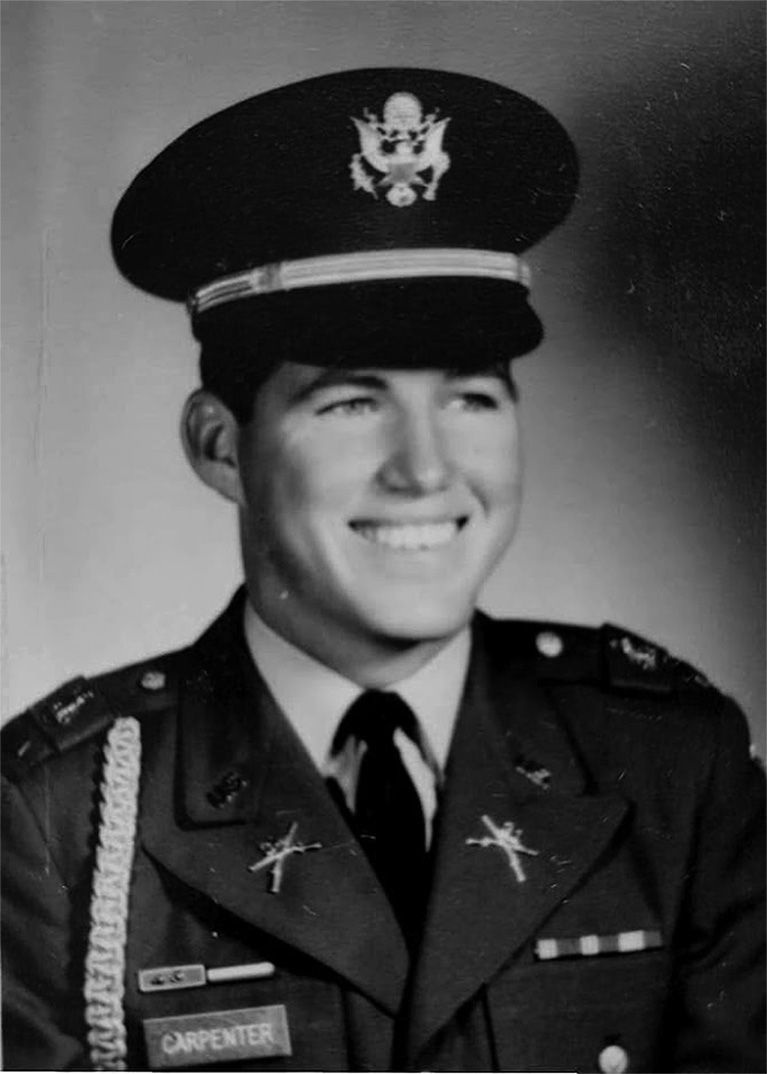 First Lieutenant Carpenter distinguished himself by heroic action on 23 February 1969 while serving as an Advisor, 104 Regional Forces Company, Army of the Republic of Vietnam. On that date, Lieutenant Carpenter’s unit was deployed to counter a vicious attack on Kon Horing Village, Dakto District, Kontum Province by a large enemy force employing small arms, mortars and rockets. Lieutenant Carpenter, upon arrival, took immediate action to secure aircraft and artillery fire support. Exposing himself to intense hostile fire, he directed and controlled the supporting fire. He repeatedly moved from position to position continually exposing himself to hostile fire, advising and assisting friendly forces in an effort to clear the village of the enemy. As a direct result of his courage, his unit was successful in causing the enemy to retreat. Lieutenant Carpenter displayed outstanding professionalism and courage, inspiring the soldiers of the 104 Regional Forces Company to greater aggressiveness. He continued to render outstanding advice, direction and coordination in exposed positions until seriously wounded. First Lieutenant Carpenter’s heroic actions were in keeping with the highest traditions of the United States Army and reflect great credit upon himself and the military service.