For heroism in connection with military operations against a hostile force: Specialist Four Schweitzer distinguished himself by heroic action while serving as a door gunner on an armed helicopter, which was part of a light fire team conducting armed reconnaissance missions south of Duc Hoa, Republic of Vietnam. During the missions, he risked his life as he left the aircraft, on numerous occasions, to gather enemy equipment and documents. On one occasion, he had a brief fire fight with several enemy troops who were hidden in a small tunnel. He killed the enemy with his machine gun and returned to the aircraft with as much captured as he could carry. His actions are in keeping with the highest traditions of the military service and reflect great credit upon himself, his unit and the United States Army. 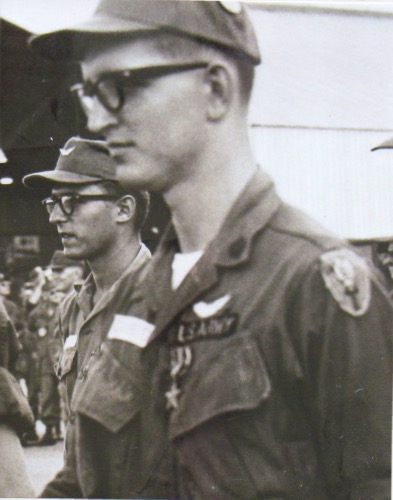