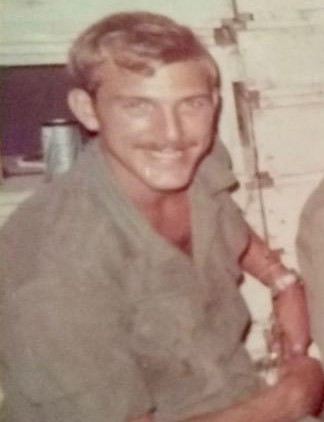 For gallantry in action: Private First Class Smith distinguished himself by heroic actions on 8 January 1970, while serving with Company A, 3d Battalion, 22nd Infantry in the Republic of Vietnam.  While on a combat operation in the vicinity of Nui Ba Den (otherwise called Black Virgin Mountain) in the Southwestern extreme area of the country, elements of Company A made contact with a large enemy force.  Upon learning that a man had been wounded and was lying in an open area, Private Smith unhesitatingly ran though the perilous area to administer first aid to the injured man.  Noticing that his squad leader was also wounded, Private Smith, with complete disregard for his own safety, exposed himself to the hail of fire as he ran to the aid of his fellow soldier.  His valorous actions were responsible for saving the lives of his fellow soldiers.  Private Smith’s bravery, aggressiveness, and devotion to duty are in keeping with the highest traditions of the military service and reflect great credit upon himself, his unit, the 25th Infantry Division and the United States Army.