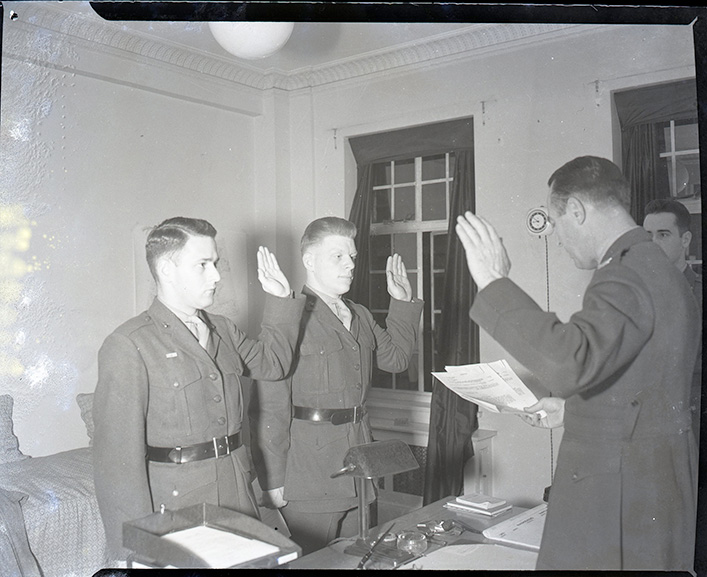 For conspicuous gallantry and intrepidity as Commanding Officer of Company L, Third Battalion, Twenty-fifth Marines, Fourth Marine Division during action against enemy Japanese forces on Saipan, Marianas Islands, 16 June 1944. Fearlessly countering the enemy’s withering machine-gun and mortar fire, First Lieutenant Cramer personally led his assault units in a vigorous attack against a heavily fortified Japanese bunker which was retarding the advance of his company. Fighting gallantly against tremendous odds, his units succeeded in destroying the hostile emplacement and all enemy troops in the immediate area. Seriously wounded during the bitter engagement, he continued to direct the activities of his command in further strikes against the fanatic Japanese until ordered from the field for treatment. By his forceful and inspiring leadership, his cool and courageous conduct under fire and his outstanding devotion to the completion of each hazardous assignment, First Lieutenant Cramer contributed essentially to the success of the operations against this heavily fortified stronghold and upheld the highest traditions of the United States Naval Service.